Nature is Omniscient and all including- each thing, each elements and each nooks and crannies created carry a function.  This is the possibility and role of organic architecture. An organic architect is an architect who looks forward and backward, above and below to find out what nature needs. 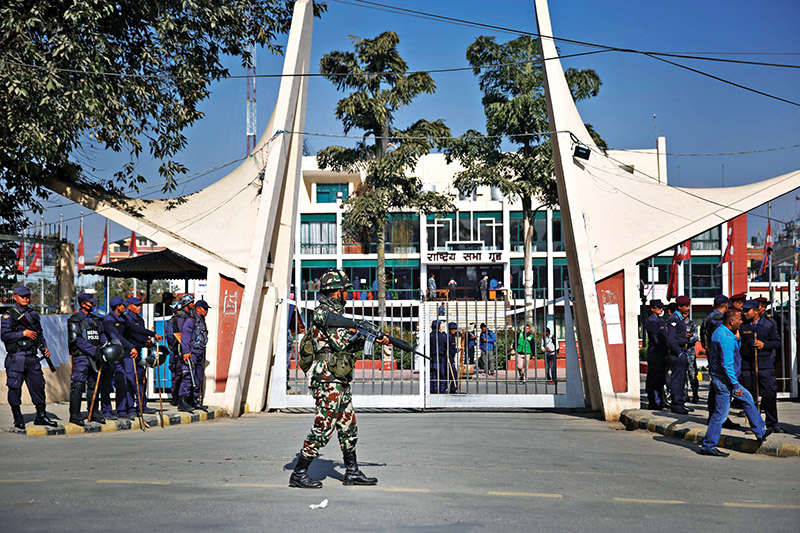 When you stand in front of City Hall at the Exhibition Road, the one and mighty Dasharath Stadium- stand and think for a while; think about the time they were built, and how modern and elegant they are till date. That is the beauty of timeless architecture- they are elegant throughout the time being. These modern built ups are the creation of the first architect of Nepal- Ar. Gangadhar Bhatta. Pointing out the need of modernity in his life he says, “The day I stop being modern, I might as well stop being an architect.” His dedication was the creation of these modern buildings in Nepal.

Gangadhar Bhatta is a strong believer of being organic- and this is implemented in his life as well as buildings. Nature is Omniscient and all including- each thing, each elements and each nooks and crannies created carry a function.  This is the possibility and role of organic architecture. An organic architect is an architect who looks forward and backward, above and below to find out what nature needs. Organic architecture considers all things to be a part of nature- including humans themselves. This modern charismatic view on the environment is developed by Gangadhar Bhatta- but this does not imply that this was his only experience, just that he always keeps innovating in his new work which was suitable for the time. He thus states- “Therefore space has to be designed in such a way as to accommodate every item so that the function of each is not compromised, but rather, made more efficient and functional.”

He implies the same philosophy leading his life- he believes in freedom and living a non-routine, non-orderly life. He believes living sharp edged life stifles creativity and confines oneself.

After he completed his architectural degree from Culcutta in 1961 AD, he became the first architect of Nepal. Then, Halabe joined Bhawan Bibhag, where he started to bring about a change in the system. He proposed and initiated a system of Open Design Competition for Public Buildings- a pressing matter for the whole Nepalese Architectural Fraternity till date. Despite of relentless dissatisfied voices from stakeholders, it was implemented. He himself went on to win the first public building design competition- the one of Rastriya Panchayat Bhawan on 1968 AD including the monetary prize of Nrs. 5000. The building was never completed.

Halabe resigned from Bhawan Bibhag in 1972AD, but during those 9 glorious years, he had completed the City Hall, Master Plan of Dasharath Stadium, Police Club, The Royal Secretariat and much more. His other works, including but not limited to the Glasshouse of Godawari, his own residence (first split level residence of Nepal) at Gairidhara- all boldly speak of the sophistication of the architectural elegance from Architect Bhatta.

After more than 25 years of dedicating his life to Architecture, Bhatta proudly states Architecture had been the most appealing and wonderful profession he’d taken on. He’d involved himself in the financial sector and also in the poultry business.

He’s living his life organically- as he believes how architecture should be. Whatever ‘happened’ in life, just ‘happened’.